My dad said that the other night as we discussed Hannah’s upcoming move to public preschool. I explained the transition meeting wasn’t bad. The team seemed impressed by Hannah, who was incredibly well-behaved. The Developmental Therapist from Birth 2 Three helped me and Pete communicate Hannah’s progress and needs. We agreed on a play-based evaluation in January. I was only slightly annoyed with two things said by the school’s team. Overall it was a good start; however, I left feeling emotionally drained.

Hannah started Birth 2 Three at six months old and we’ve been slowly working up to this handoff. Hannah seems too young and little to go to such a big school and take a bus to daycare in the afternoon. She’s never even been on a bus!

We have four more months to prepare her, and ourselves, to leave the safety and comfort of daycare. Four months to prepare for a 15 year relationship with the school district. It’s a little exciting and a lot of terrifying. My day dreams about Hannah’s future go from a beautiful, intelligent, prospering little girl to nightmares about fighting with the school for inclusion and services. The parent advocacy class I’m taking has me feeling prepared for the next era but also anticipating a fight.

I’ve always said my life as a special needs mom is not hard. It’s not sad. It can be lonely and frightening. And the very next day it can be empowering and magical. Overwhelming is the best word to describe it.

The first three months of her life with a heart defect, the surgery, and recovery were overwhelming.

The transition to daycare and building a relationship with the staff was overwhelming.

The attempt to give your child a “normal” routine around doctors appointments and therapy sessions is overwhelming.

The transition to toddler life, verging on “threenager” life is overwhelming.

My Dad’s right. Life with Hannah Banana is overwhelming, and every time we come out stronger, smarter, and ready for the next challenge. 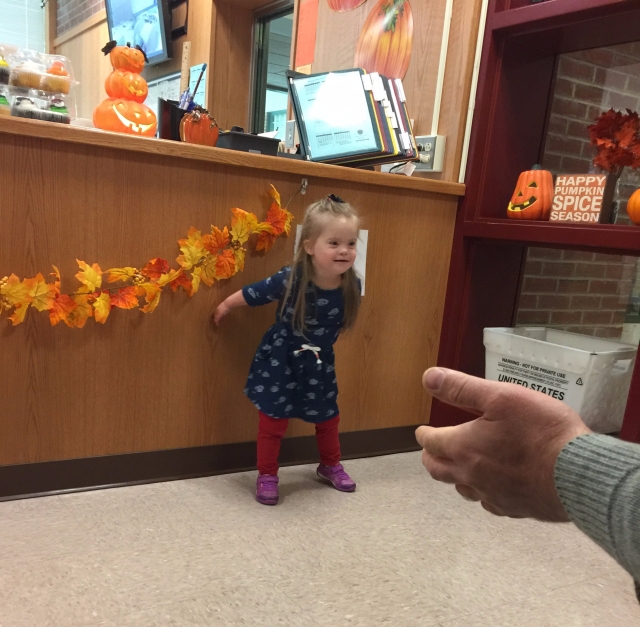